2021
Haunted by his mysterious past, a devoted high school football coach leads a scrawny team of orphans to the state championship during the Great ...
DramaHistory

Edge of the World

Edge of the World

2021 104 min
Biopic about Sir James Brooke, the British adventurer who became King of Sarawak in the 1840’s and embarked on a lifelong crusade to end ...
AdventureDramaHistory

2017 102 min
A simple yet proud rancher conspires to murder his wife for financial gain, convincing his teenage son to participate.
CrimeDramaHistoryHorror

2021 118 min
The true story of negotiations between implacable enemies — the secret back-channel talks, unlikely friendships and quiet heroics of a small but ...
DramaHistoryTV Movie

IMDb: 6.7 2021 107 min
The life of American woman Mildred Gillars and her lawyer, who struggles to redeem her reputation. Dubbed “Axis Sally” for broadcasting Nazi ...
DramaHistory

2021 72 min
This documentary examines the 1999 London bombings that targeted Black, Bangladeshi and gay communities, and the race to find the far-right ...
CrimeDocumentaryHistory

IMDb: 8.3 2020 130 min
During the Nazi-occupied Ustasha regime “NDH” in former Yugoslavia during WWII, little girl Dara is sent to the concentration camp ...
DramaHistoryWar

IMDb: 9.5 2021 102 min
When Air Force Space Command receives a signal from an alien satellite in Earth orbit an emergency meeting with the President reveals a ...
DramaHistoryScience Fiction

IMDb: 6.4 2020 130 min
The story of the Podolsk cadets’ heroic stand outside Moscow in October 1941. Cadets were sent to the Ilyinsky line, fighting alongside units ...
DramaHistoryWar

IMDb: 7.6 2020
During World War I, a group of British miners are recruited to tunnel underneath no man’s land and set bombs from below the German front in ...
DramaHistory

Fueled: The Man They Called “Pirate”

Fueled: The Man They Called “Pirate”

IMDb: 6.2 2016 145 min
In a time when the main source of energy was still coal, there was a man who saw the future in oil. Young Tetsuzo Kunioka who hails from Moji, ...
DramaHistory

IMDb: 7.9 1956 220 min
Escaping death, a Hebrew infant is raised in a royal household to become a prince. Upon discovery of his true heritage, Moses embarks on a ...
DramaHistory 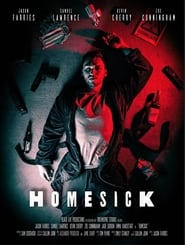 Our Lady of San Juan, Four Centuries of Miracles

Our Lady of San Juan, Four Centuries of Miracles

122 min
The Virgin Mary works a miracle on a girl in 1623 Mexico. Four centuries later, a family makes a pilgrimage for their own child.
DramaHistory

Son of the South

Son of the South

IMDb: 7.8 2021 104 min
Bob Zellner, grandson of a Klansman, comes of age in the Deep South and eventually joins the Civil Rights Movement.
DramaHistory

IMDb: 7.0 2021 112 min
As WWII looms, a wealthy widow hires an amateur archaeologist to excavate the burial mounds on her estate. When they make a historic discovery, ...
DramaHistory

IMDb: 6.0 2020 50 min
A riveting story of polar exploration that investigates the motivation, psychology, science, and physical endurance that have characterized the ...
AdventureDocumentaryHistory

IMDb: 7.2 2020 133 min
1930s Hollywood is reevaluated through the eyes of scathing social critic and alcoholic screenwriter Herman J. Mankiewicz as he races to finish ...
DramaHistory

IMDb: 6.2 2020 92 min
French Basque Country, year 1609. The men of a small fishing village have gone to sea. Judge Rostegui, who has been charged by the king with ...
DramaHistory

IMDb: 7.2 2020 118 min
In 1987, as martial law ends in Taiwan, Jia-han and Birdy fall in love amid family pressure, homophobia and social stigma.
DramaHistoryRomance

The Trial of the Chicago 7

The Trial of the Chicago 7

IMDb: 7.8 2020 130 min
What was supposed to be a peaceful protest turned into a violent clash with the police. What followed was one of the most notorious trials in history.
DramaHistoryThriller

IMDb: 7.1 2020 147 min
In 1937, eight hundred Chinese soldiers fight under siege from a warehouse in the middle of the Shanghai battlefield, completely surrounded by ...
ActionDramaHistoryWar

IMDb: 5.0 2020 102 min
The story of the Promethean struggles of Nikola Tesla, as he attempts to transcend entrenched technology—including his own previous work—by ...
DramaHistory
Page 1 of 10123